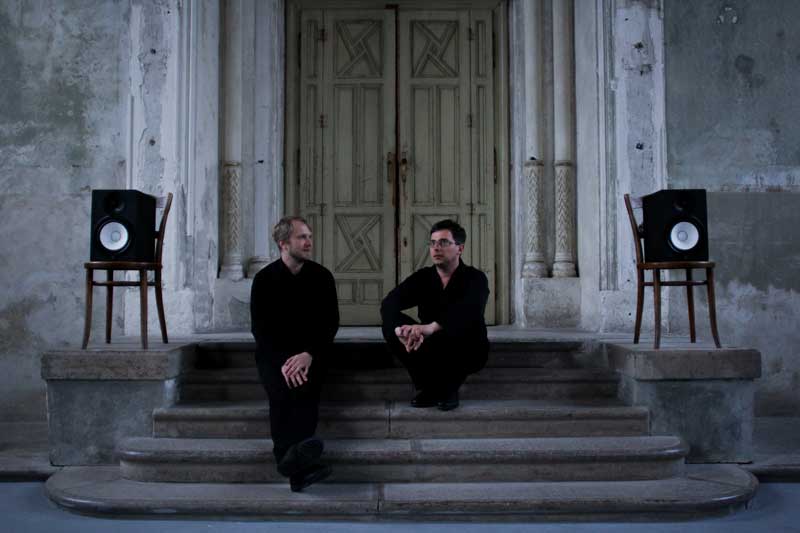 Cluster Ensemble was estabilished in 2008 as a company of musicians whose main interest is to create multimedia projects, performances and happenings in cooperation with film-makers, photographers and visual artists. Currently the ensemble comprises of nine artists from Slovakia, Czech Republic, Italy and South Korea. Their repertoire consists mainly of pieces by contemporary composers, such as Steve Reich, Philip Glass and Martin Burlas, but they also perform compositions by main figures of the 20th century music (John Cage, Galina Ustvolskaja, Erik Satie, Morton Feldman). Cluster ensemble cooperates with warious artists such as Milan Adamčiak, Michal Murín, Monogramista T.D., Maja Osojnik, Peter Machajdík and others.

Zapparoli’s new sonic research focus on the boundary and relation between inaudible sound (in the classic acoustic sense out of the range of the human), vibration sound (ground vibrations and dynamics, air acoustics, conductive surfaces, sound from fluids, underwater acoustics) and noise pollution (sounds that disrupt the activity or balance of human life).

In order to capture these (mostly unperceivable) sounds,she uses an array of techniques and devices, including ultrasonic microphones, electromagnetic field detectors, FM receivers, hydrophones, and sensor microphones, some of which are self-built.

She use tape recorders as her main instrument for recording and then performing collage techniques, scratching back and forth, cutting, editing and producing rough sounds.
During her performance, she will use her sonic archive as a palette that will enable her to create singular sounds; recording themes transformed and placed into other contexts, subsequently changing its original character, creating sounds that are considered, non- musical, overheard, imaginative.