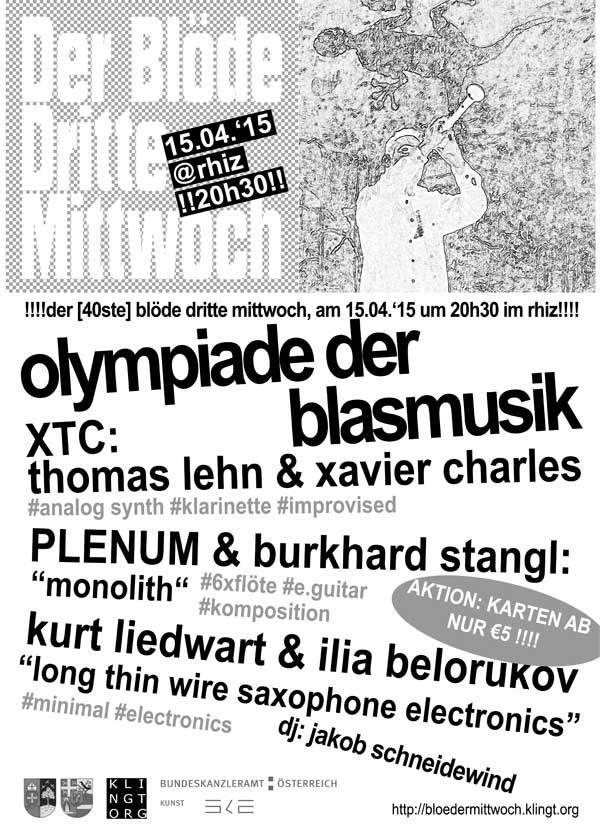 They met about 15 years back in Verdun at the Densités festival which had been co-organized over many years by Xavier Charles. They saw each other frequently here and there at various festivals… – however, only in 2012 they shared the stage for the first time touring in trio with tape machine virtuoso Jerome Noetinger. Today, at the „blöde Mittwoch“, they celebrate a little world premierre as a duo. 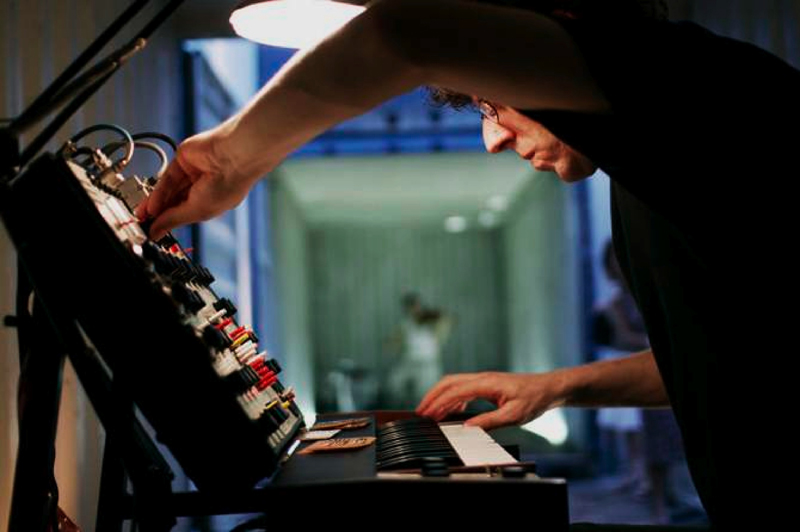 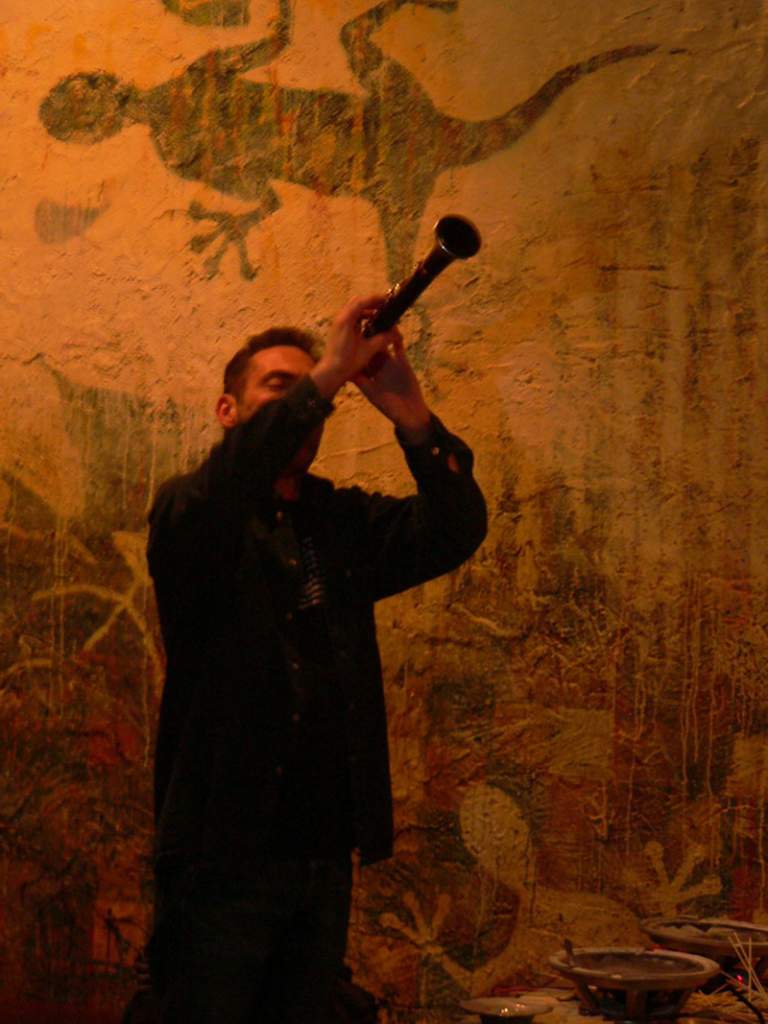 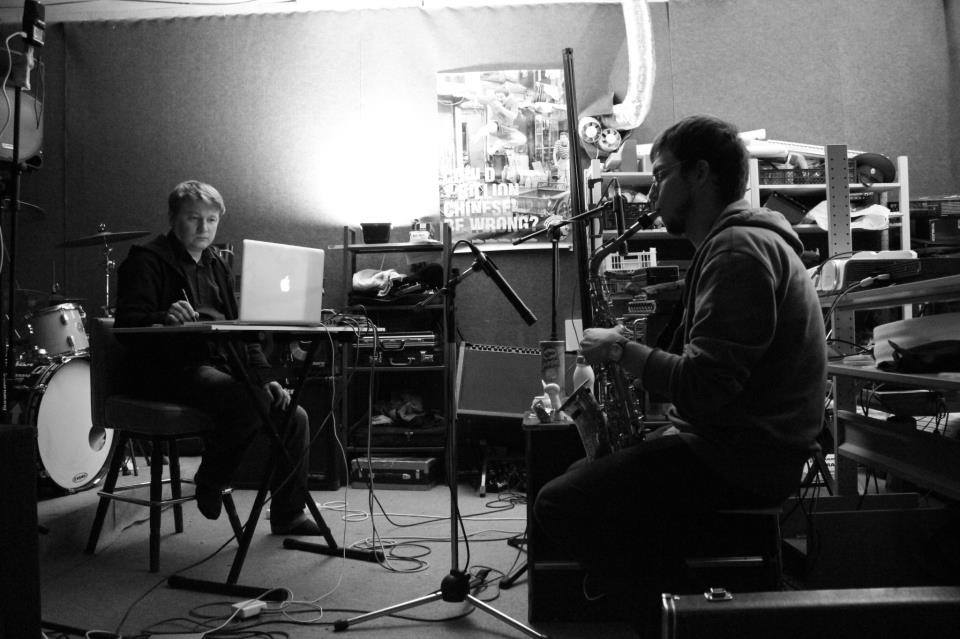 …they had an idea of realizing the project with a long thin wire, the concept of which was started by Alvin Lucier. They continue to work in the improvisational context, which Lucier quickly dropped doing, and try to develop interactive improvisational properties of the long thin wire. Kurt Liedwart plays a long thin wire stretched between two tables which he feeds with a sinewave through the amplifier. Natural vibrations of the wire are amplified by the magnet and contact microphones are installed on both ends of the wire which feed the sound to the PA. Thus using sinewaves of different amplitude and frequency the musician varies the natural sound of the wire. Ilia Belorukov moves in the space with his alto saxophone or moves in the space the sound of electronics and objects…
http://mikroton.net/kurtliedwart/index.php/art/long-thin-wire-saxophone-electronics–ilia-beloru/ 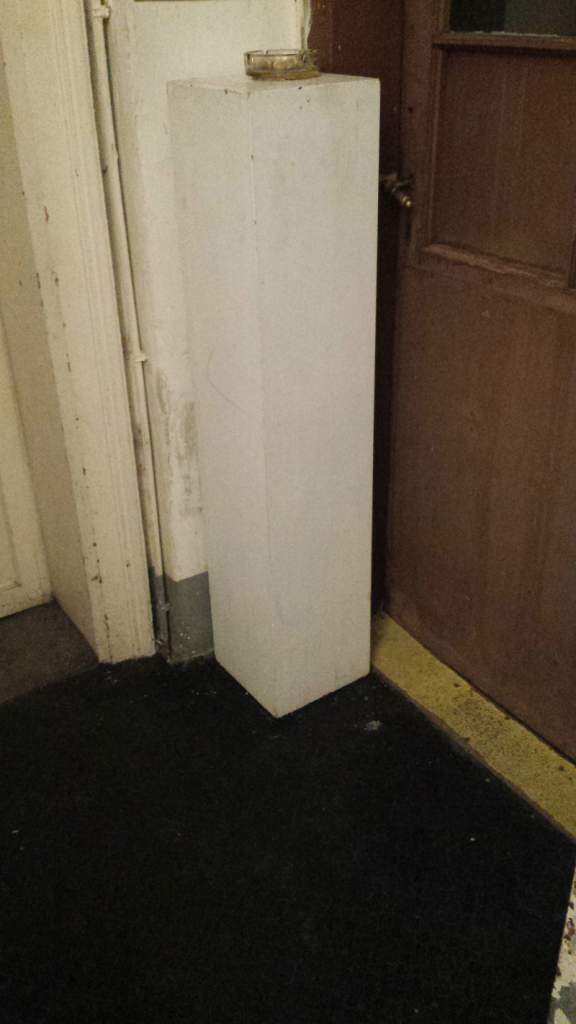 „monolith“: Columns of sound, humming basses, spheric vibes.
Individual monoliths and the attempt to merge into one massive megalith.

PLENUM is the union of seven recorder players living in Vienna, specialized in Early Music, contemporary compositions, and free improvisation played with square recorders made by Paetzold by Kunath. In this constellation the PLENUM members solely play these square recorders, whose harmony reminds of the sound of a church organ. Inspired by the design of organ pipes, the recorders give a futuristic impression, very rough and technical.

PLENUM is the plenary assembly of a corporation, or members of a parliament. The full sound of all registers of an organ. The union of seven recorder players living in Vienna, specialized in Early Music, contemporary compositions and free improvisation played with square recorders made by Herbert Paetzold.
http://plenum.klingt.org

Burkhard Stangl
Guitarist and composer works in the fields of improvisation, electronica and contemporary classical.