Irina Gheorghe (RO): “foreign language for beginners” [performance]
The l lies between the words and the worlds. Between the words lies the world. Between the worlds lies the word. The l between the words and the worlds lies. As anything placed in between, its character is ambiguous. The uppercase of i overlaps the lowercase of L, creating an imprecise zone of contact between the upper and the lower. As above, so below. Foreign Language for Beginners explores the dynamics and history of this communication and that of an improbable first contact following the intersections of science fiction tropes and scientific research. It’s a guide of conversation with the world outside the word by way of word, sound and movement, inside a room.

Irina Gheorghe studied painting and photography at the University of Arts Bucharest, but ended up making work whose final form involved being physically present. She is interested in deviation as a way to twist this presence, in ambiguity as a language to address visitors from another world, and vagueness as a method to access this other world while never leaving this one. Irina works with Alina Popa as part of the artist duo The Bureau of Melodramatic Research to investigate how passions shape contemporary society, as well as our affective relationship to an awe-inspiring unhuman universe. She is also co-founder of Bezna. 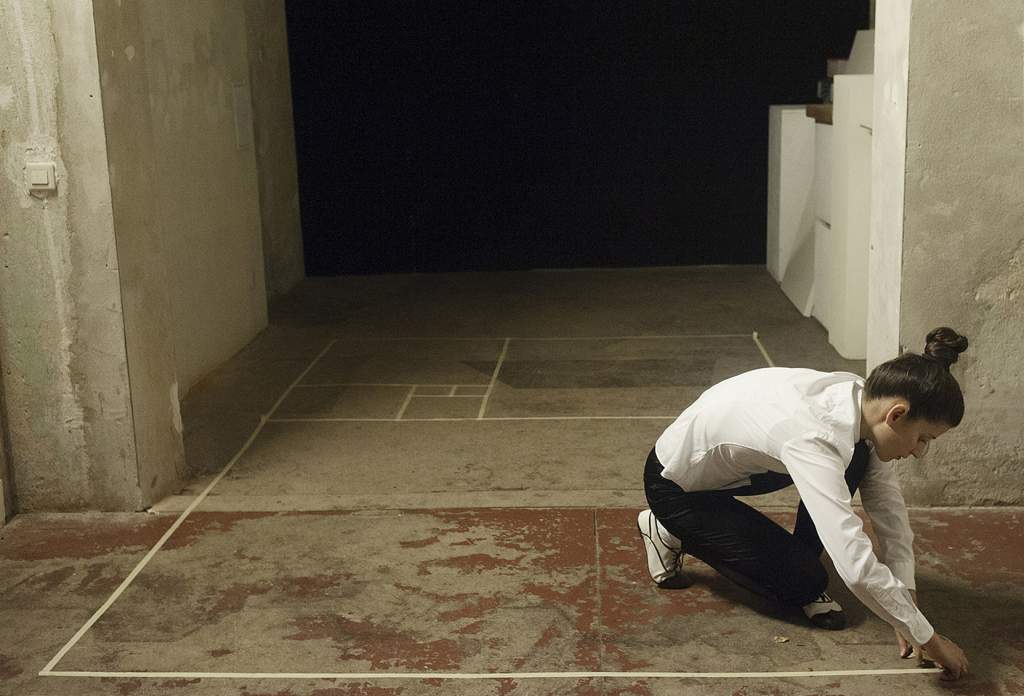 PareiDoliΛ  is a duo investigating the extremes of presence and absence – both in making perceivable the sonic phenomenon that usually lies beyond the human threshold of perception, and in reconfiguring the embodiment of instrument and performer in space.  PareiDoliA is Marta Zapparoli and Liz Allbee.

MARTA ZAPPAROLI
Exploring, discovering and listening below the surface of the audible to other possibilities of what can exist in the space.
Focusing on the inaudible spectral site of the location where we are now – not to dream or be elsewhere, but to understand that here and now happens as a sonic reality which is constantly mutable.
Catching these frequencies using tools and devices like detectors, antennas, sensors and more, and developing these signals into a vortex of information in real time, with the use of reel to reel tape machines.
Stimulating our senses from other sonic realities, which constantly cross our bodies, interrupting our balance. Developing and recognizing different ways of perceiving and listening beneath the audible.