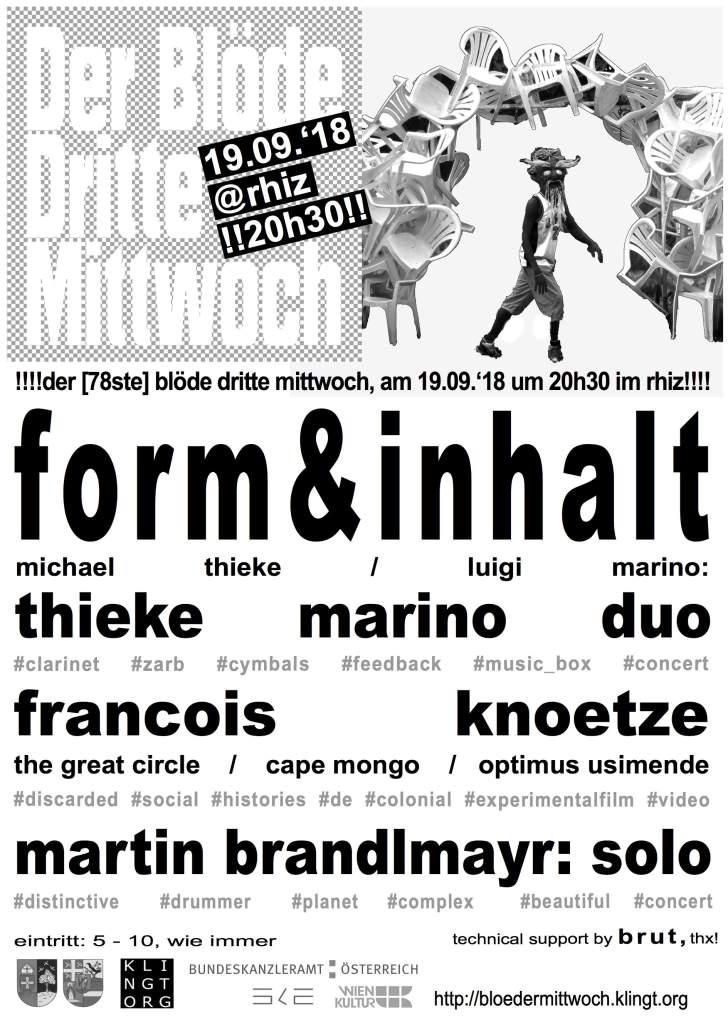 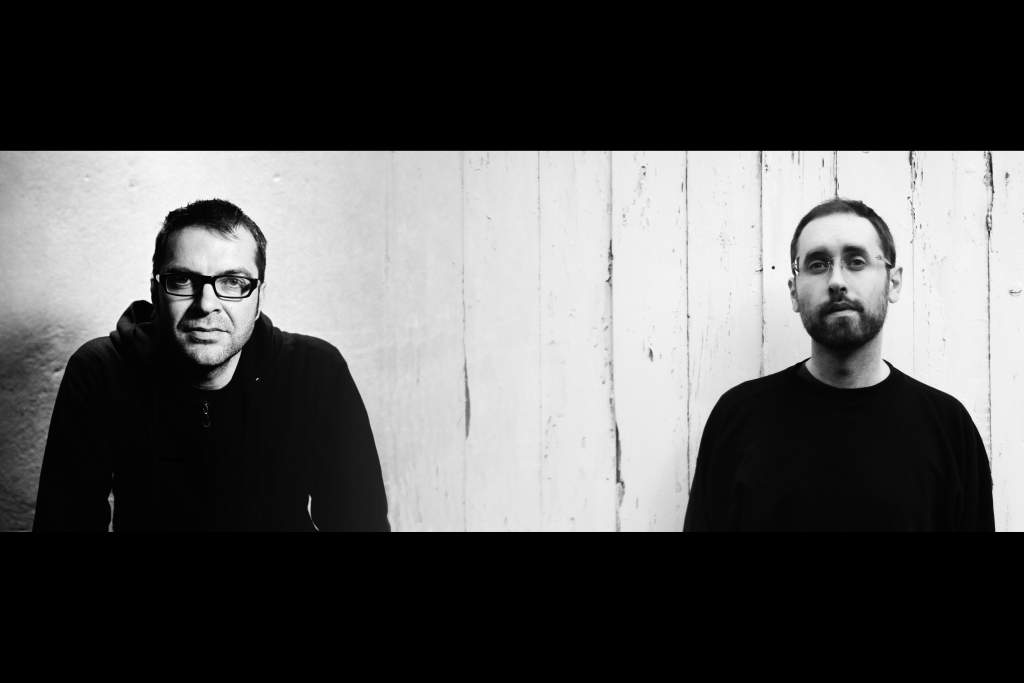 Drawing from improvisation and relying upon empirical practice to introduce collectively composed elements, the dialogue between the two musicians stems from the most unusual and hidden details of sound. Subtle metal resonances, breath before it turns into a note inside a clarinet, noises generated by a 9v battery: sounds barely audible emerge from the background to take a predominant role, gradually showing all their unpredictable potential to convey intuitive decision-making.
http://www.luigimarino.net/projects/thieke-marino.html 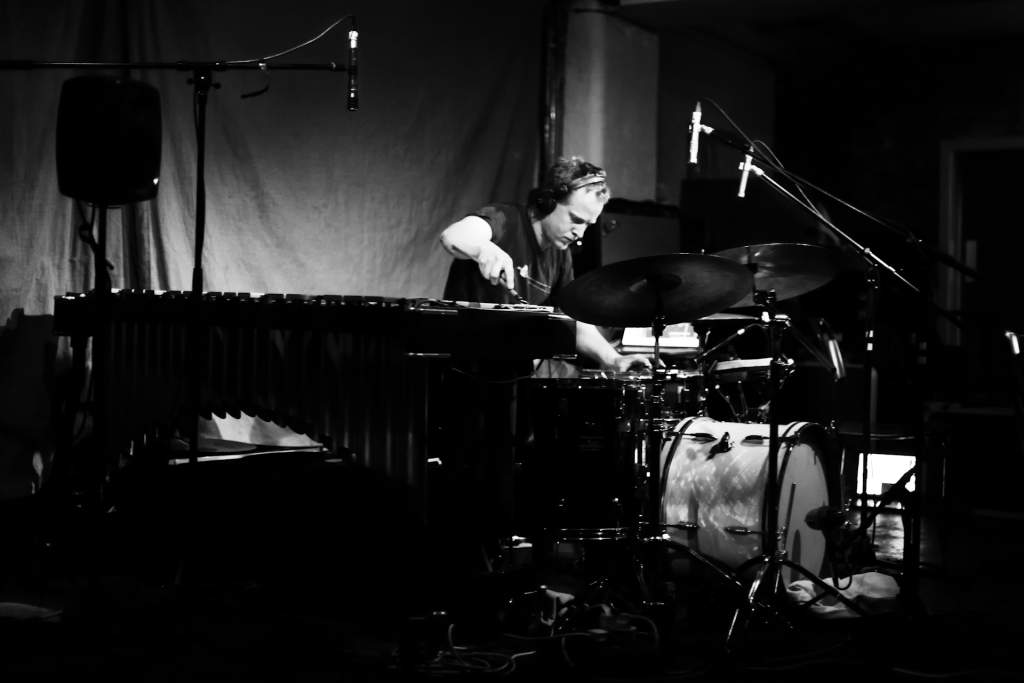 „Vienna’s Martin Brandlmayr is one of the most distinctive-sounding drummers on the planet.“
Peter Margasak, Chicago Reader

„…..Martin Brandlmayr created such a beautifully complex auditory texture through manual repetition and sampling his own sounds that made you feel like you were looking the retractions in a deep clear pond of water“
Royce Deans, Copper Press, on Martin Brandlmayr´s Solo Performance at Preston Bradley Hall, Chicago, 2009

„Martin Brandlmayr gave a typical proof of his tension-and-release rhythm contructions. His use of the drumkit, tonight added with a vibe set, generated a constant groove out of sharp and decise gestures, with a destructured but highly fluidified approach….“
Gian Paolo Galasi, London_Resonance , on Martin Brandlmayr´s Solo Performace at Sottovoce festival, London, 2011
http://www.martinbrandlmayr.com/ 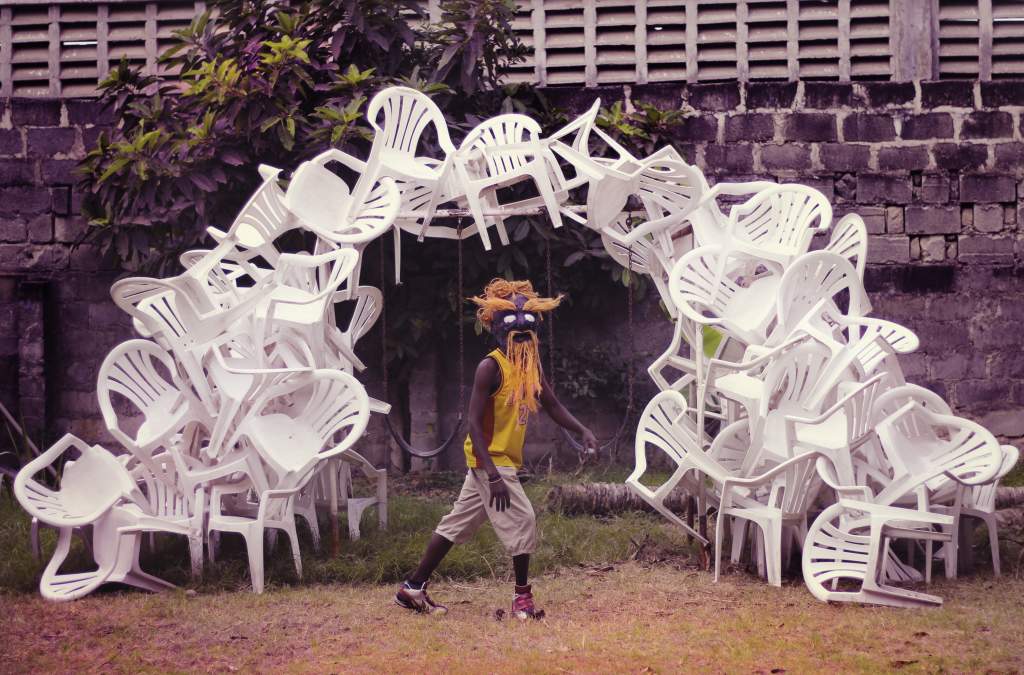 „In the co-mingling of found objects and found video footage, my practice is an attempt at retrieving life from the growing dumps of consumer culture by rendering permeable the rigidly constructed margins that separate and classify spaces, objects and persons.“ (FK)

Francois Knoetze is a Cape Town based performance artist, sculptor and filmmaker known for his sculptural suits, roaming public performances and experimental video art. He completed an MFA at Michaelis School of Fine Art (UCT) in 2015. He has been an artist in residence laureate at the Nafasi Art Space (Dar es Salaam) in 2016; the OMI International Art Center (New York) in 2017, and at Ker Thiossane (Dakar) in 2018. Knoetze is particularly interested in drawing links between the world of objects and people and highlighting how myths and grand-narratives relating to certain identities have, and continue to manifest materially on an interpersonal, local and global scale. In his Mongo* sculptural suits, the synthetic is welded to the human – bringing focus to the objectification of persons, through the personification of objects.
https://francoisknoetze.com